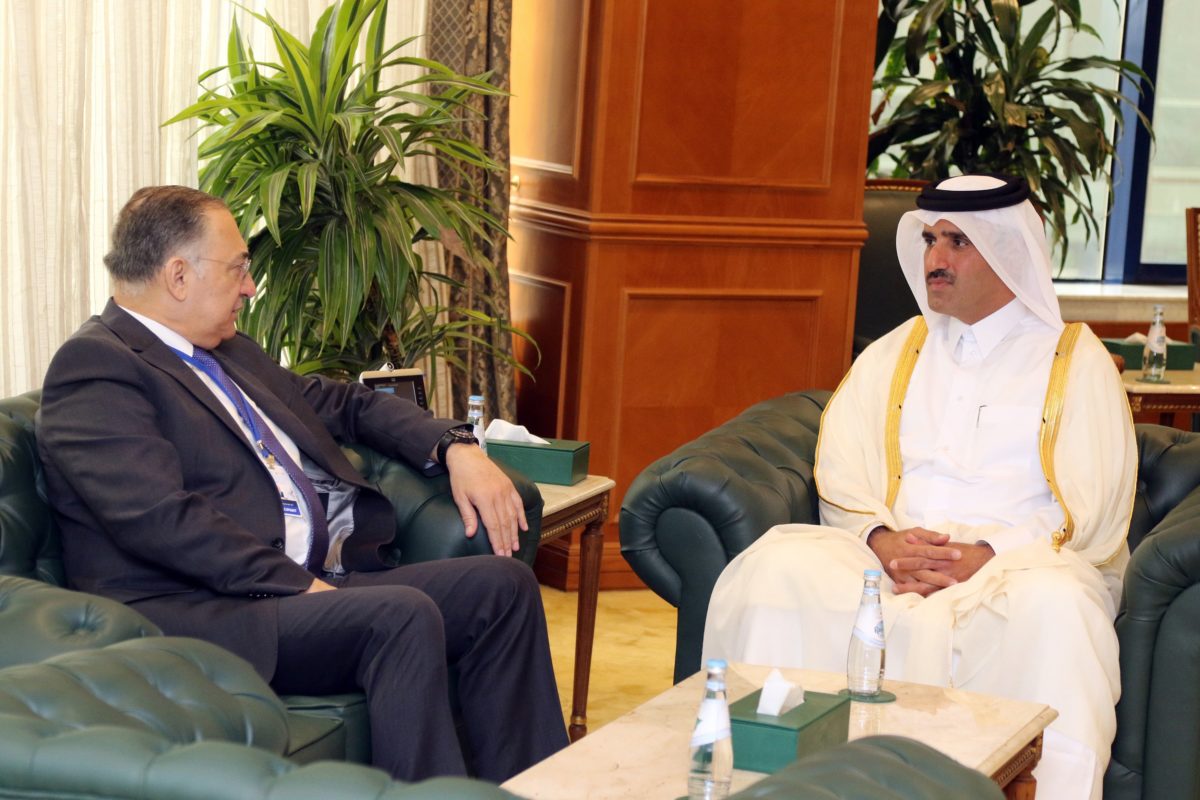 H.E. Hamad bin Nasser Al-Misnad, President of the Administrative Control and Transparency Authority (ACTA) met yesterday H.E. Muhannad Hijazi, Chairman of the Integrity and Anti-Corruption Commission of the Hashemite Kingdom of Jordan, on the occasion of his visit to Qatar. During the meeting, they reviewed the areas of cooperation between the two countries in the field of integrity, transparency and anti-corruption, as well as strengthening them by signing a memorandum of understanding (MoU) between the two authorities, alongside a number of issues of common concern.

The meeting was attended by the Deputy Ambassador of the Hashemite Kingdom of Jordan – Deputy Minister / Amjad Hatim Al-Mobaideen to the State of Qatar.