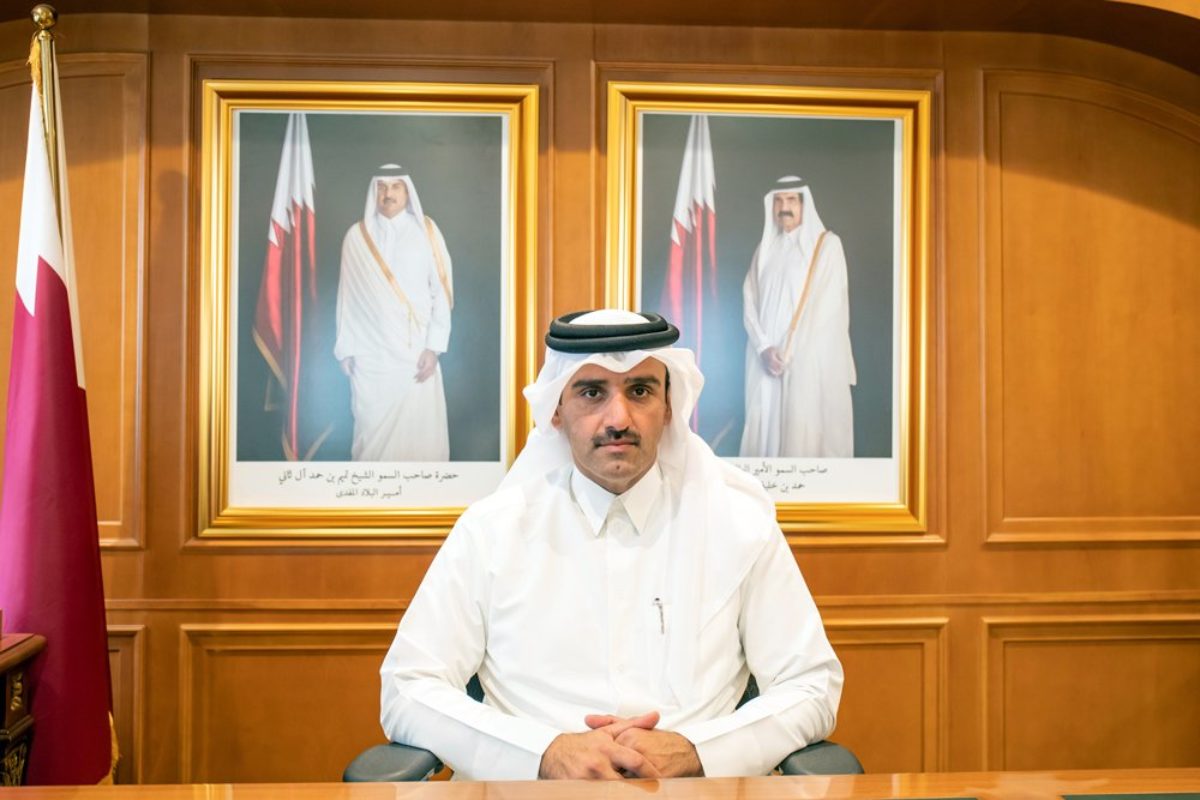 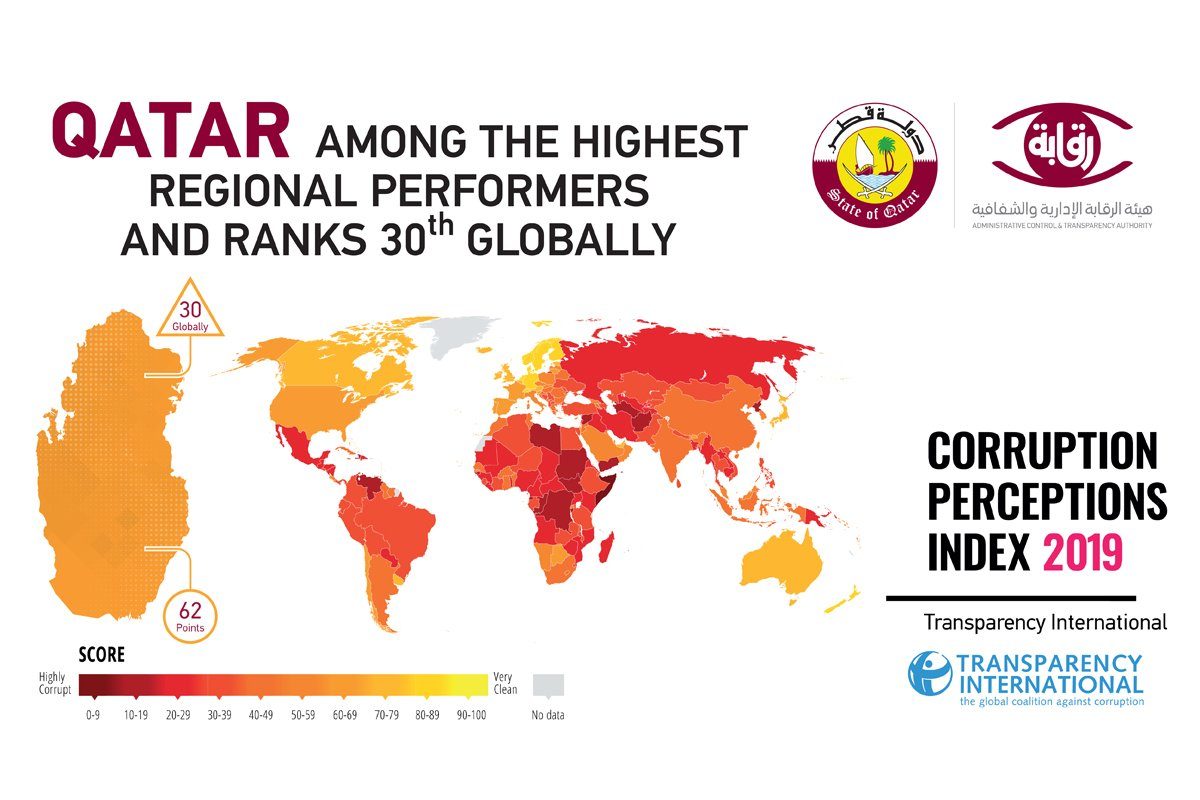 President of the Administrative Control and Transparency Authority:

Transparency International released the results of the Corruption Perceptions Index for 2019, according to which the State of Qatar scored 62 points, making its ranking 30th in the world, 3 places higher than the previous year.

Note that the preparation of the index begins in earlier periods of last year, and many of the efforts undertaken by Qatar in the areas of enhancing integrity and transparency are not reflected in this index.

This index ranks 180 countries according to levels of perception of corruption in the public sector, using a scale from zero (very corrupt) to 100 (very clean).

H.E. Mr. Hamad bin Nasser Al-Misned, President of the Administrative Control and Transparency Authority, said that the results of international indicators for the State of Qatar confirm – among many other things – the success of the State of Qatar in maintaining its leadership and progress in several areas, including areas of integrity, transparency and anti-corruption, “Despite all the surrounding circumstances, foremost of which is the unjust blockade imposed on it.”

H.E. Mr. Hamad bin Nasser Al-Misned, President of the Administrative Control and Transparency Authority, explained that the authority is working on a number of ambitious projects, which enhance the standards of transparency and integrity in the country and also contribute to the relevant international efforts, “and this would be reflected – among many positive things – on relevant international indicators.”

H.E. also stated: Qatar is a regional and global destination for technical expertise in the field of preventing and combating corruption and in order to enhance the country’s leadership globally,

ACTA developed an ambitious plan to make the State of Qatar a regional and global center in the field of integrity and anti-corruption, which makes Doha a hub for researchers seeking knowledge and experience in this field.

H.E. said that ACTA is working to facilitate cooperation between the relevant national authorities, international organizations and foreign counterparts, where it has finished preparing a guide for international cooperation in the field of crime and anti-corruption.

Moreover, H.E. affirmed that the State of Qatar has prominent milestones in the international efforts in anti-corruption, where the Sheikh Tamim Bin Hamad Al Thani International Anti-Corruption Excellence Award is at the forefront of those international efforts related to fighting corruption since 2016. This comes within the framework of H.H. the Emir’s support for the international effort in promoting anti-corruption and in appreciation for those who contributed to this effort. The award honors individuals and institutions who have dedicated to fighting corruption and it is the first international award at this level in the field of anti-corruption. Also, it is awarded annually every year in conjunction with International Anti-Corruption Day and the award is granted in four different fields: Lifetime/Outstanding Achievement, Academic Research and Education, Youth Creativity and Engagement and Innovation, thus providing greater opportunities for participation winners.

H.E. added that the State of Qatar is constantly seeking to host international conferences in this field, including the 13th United Nations Congress on Crime Prevention and Criminal Justice in 2015, the Global Conference of Parliamentarians against Corruption at the end of 2019, and the beginning of this year a global conference on judicial integrity will be held.

The announcement of this index results is receiving great attention and it is the focus of countries, investors and development and human rights organizations’ attention globally, as it relies on its results on expert assessments and company managers’ surveys studies.

The index derives its data from a number of sub-indicators issued by prestigious international organizations, including the World Bank, the World Economic Forum, International Institute for Management Development (IMD), the Bertelsmann Foundation and the Financial Information Unit of the Economist.

According to the results of the index, Qatar is at the forefront in anti-corruption among countries in the region and the world, where it achieved 62 points on the index, 23 points ahead of the average in the Middle East and North Africa – including Arab countries – which is 39 points, and is 19 points more than the global average of 43 points, knowing that more than two thirds of the countries in the world are less than 50 points.

In addition, the distinction of the State of Qatar comes in spite of what the organization announced of the suffering of more than two thirds of countries – including many countries with the most advanced economies in the world – from stagnation or the emergence of signs indicating a decline in its efforts in anti-corruption.