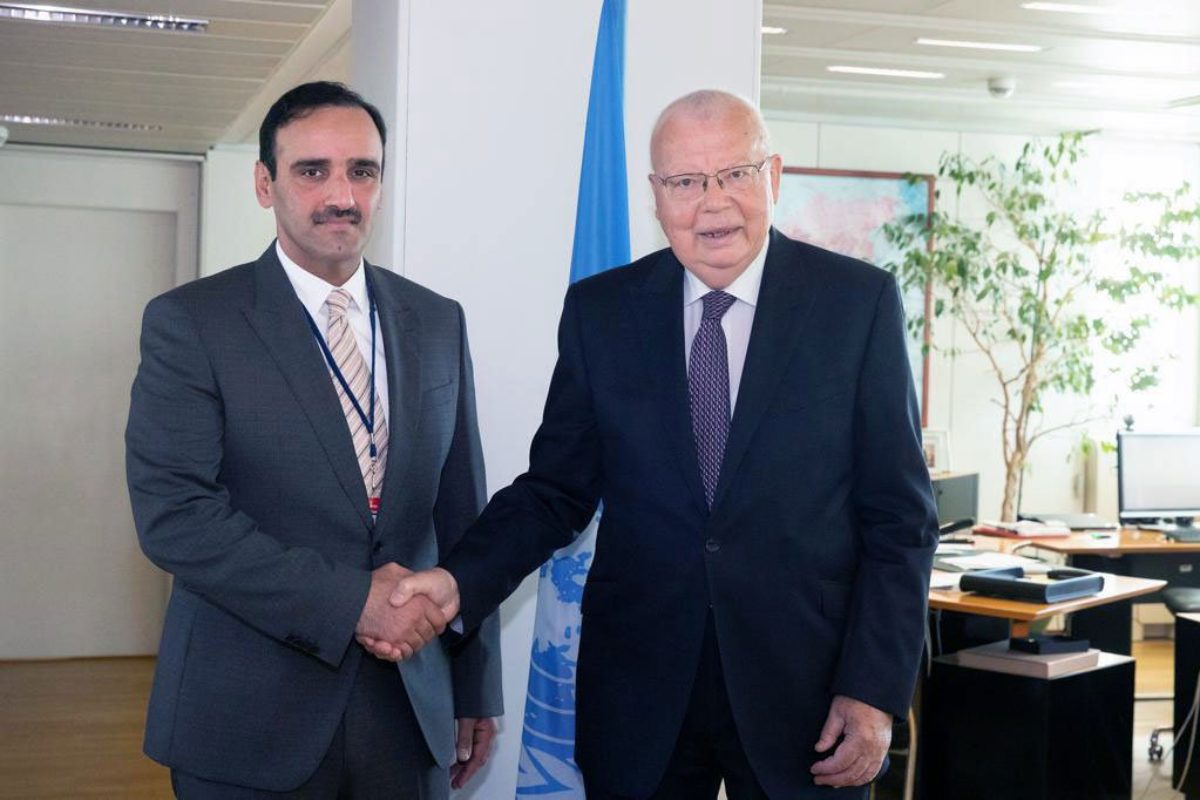 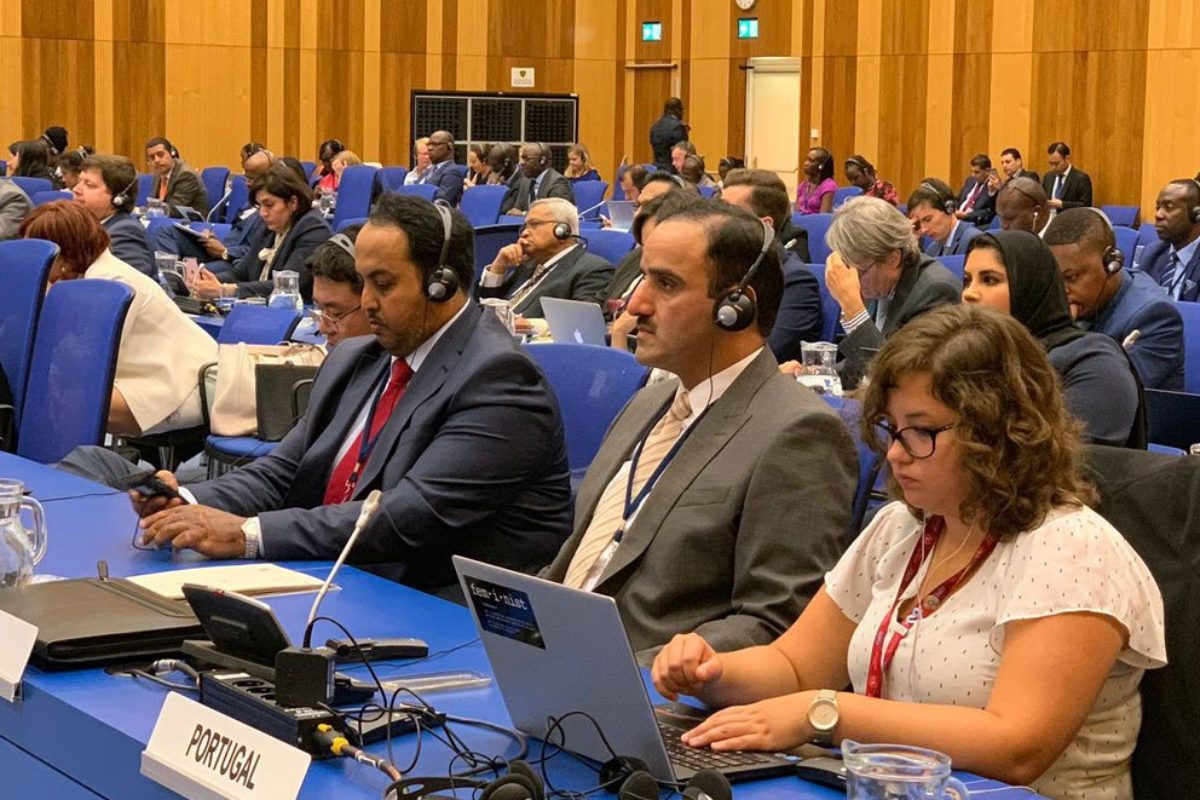 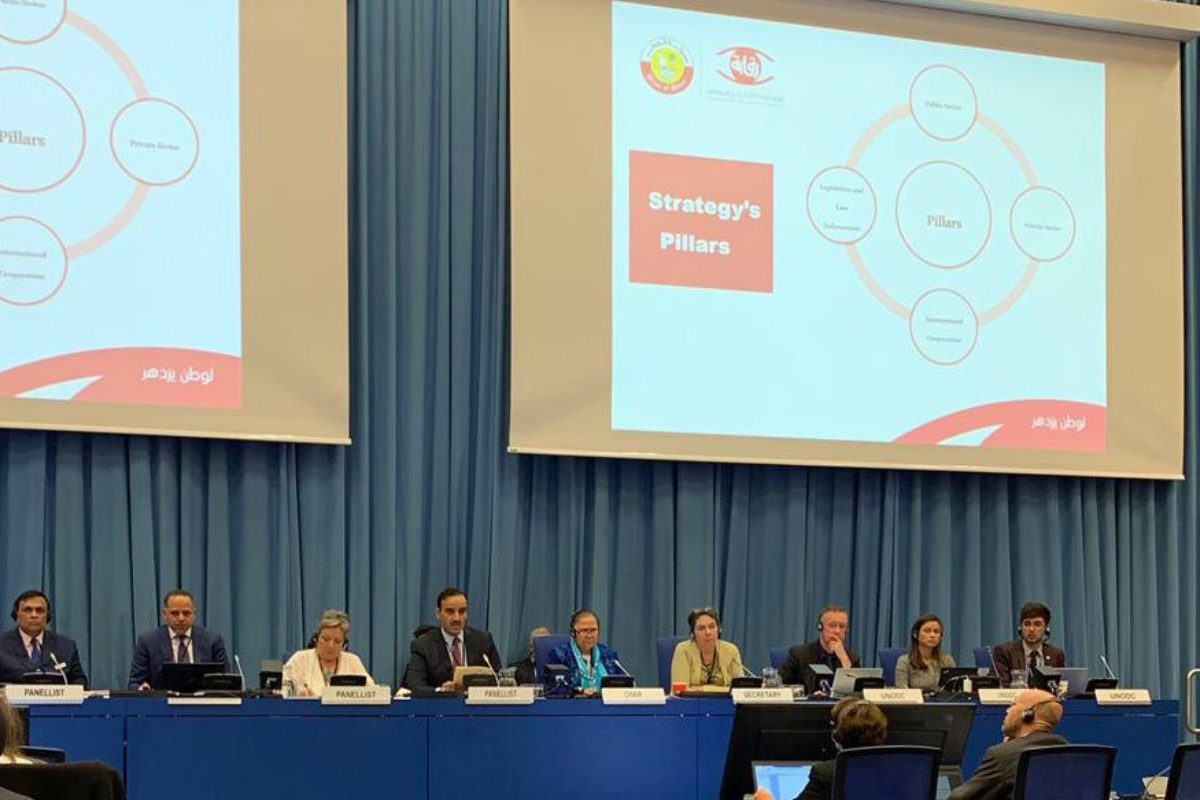 HE Hamad bin Nasser Al-Missned, President of the Administrative Control and Transparency Authority (ACTA), headed the Qatari delegation participated in a number of UN events including First resumed tenth session of the Implementation Review Group (Vienna, 2-4 September 2019) and the Tenth Intersessional Meeting Open-ended Intergovernmental Working Group on Prevention (Vienna, 4-6 September 2019). An invitation received from the United Nations Office on Drugs and Crime (UNODC), to present best practices and initiatives of the State of Qatar in the field of preventing and combating corruption nationally and internationally, with a focus on the national strategy to promote integrity and transparency, adopted recently by the State of Qatar.

Through his speech to the Prevention Meeting, on the 5th of September, HE President of ACTA stated that the State of Qatar is witnessing a comprehensive renaissance in all political, economic and social fields, supported by advanced legislative and institutional frameworks, including in the areas of transparency, integrity and preventing and combating corruption. This is reflected positively on the position of the State of Qatar regionally and internationally.

Moreover, HE shed light on the international efforts of the State of Qatar in the above-mentioned areas, in particular Sheikh Tamim Bin Hamad Al-Thani Anti-corruption International Excellence Award. In addition to hosting the 13th United Nations Congress on Crime Prevention and Criminal Justice in Doha in 2015. At the national level, HE spoke about steps taken by the state of Qatar to strengthen the national legal and institutional framework for transparency and integrity including enacting legislation regulating public officials, tenders and auctions, draft laws on transparency and conflict of interest, the National Framework for Institutional Transparency and Integrity and the National Strategy to Promote Integrity and Transparency.

Additionally, President of ACTA held a number of bilateral meetings, which began with a meeting Mr. Yury Fedotov, Executive Director of UNODC, where HE President of ACTA thanked him for the technical support provided by UNODC in the development of the Qatari National Strategy for promoting Integrity and Transparency. HE also invited Mr. Feditov to attend the launch of the National Strategy and the accompanying Forum to be held in December 2019 in Doha.
The aforementioned meeting discussed enhancing cooperation between Qatar and UNODC and Qatar’s offer to host the 10th session of the Conference of States Parties to the United Nations Convention against Corruption, which will be held in 2023. HE President of ACTA explained that the State of Qatar’s interest in hosting this conference comes in context of its keenness to enhance the partnership with UNODC and all States Parties to the United Nations Convention against Convention (UNCAC), contributing to the implementation of the Convention and achieving its objectives, and supporting international efforts to prevent and combat corruption. HE President of ACTA stressed on the fact that the State of Qatar has all the technical, financial and intellectual potentials to successfully organize the 10th session of the Conference of States Parties.

HE the President of ACTA held another meeting with Mr. John Brandolino, Director of the Division of Treaty Affairs of UNODC, Mrs. Brigitte Strobel Shaw, Head of Corruption and Economic Crime Branch and a number of UNODC’s experts. The meeting dealt with existing and future joint cooperation projects between ACTA and UNODC in the field of preventing and combating corruption and ways to enhance them.

HE then held side meetings with a number of heads of anti-corruption authorities, who participated in the above-mentioned UN meetings, including states of Serbia and Thailand, where enhancing bilateral cooperation exchanging expertise discussed, and coordinating international efforts between the two countries.

HE also extended an invitation to UNODC and the participating countries to attend the launching of the National Strategy to promote Integrity, Transparency and the accompanying forum to be held in Doha in December this year. He also invited all countries to follow the announcement of the fourth edition of Sheikh Tamim Bin Hamad Al-Thani International Excellence Award on the International Anti-corruption Day on December 9, 2019.

At his side meetings, His Excellency discussed supporting the Qatar’s proposal to host the 10th session of UNCAC Conference of States Parties to be held in 2023. HE announced that the State of Qatar will submit a draft decision in this regard at the next session of the Conference, which will be held end of this year in Abu Dhabi.