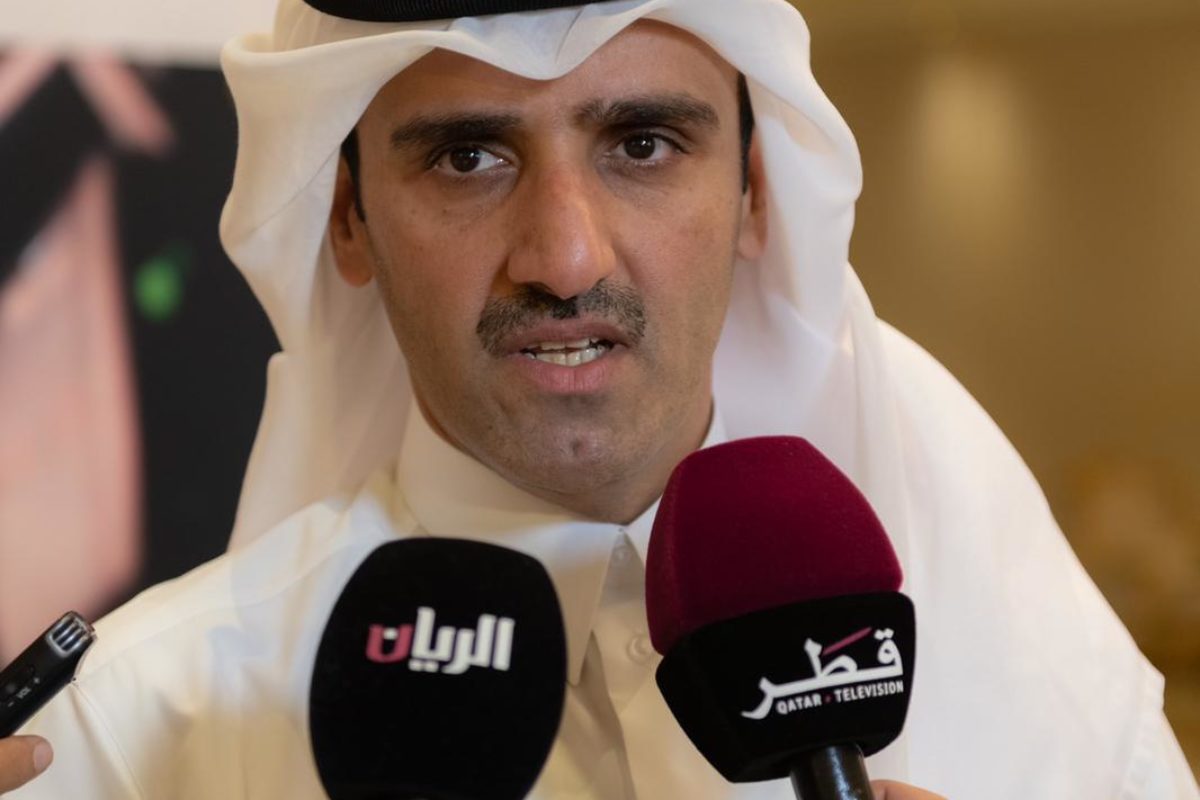 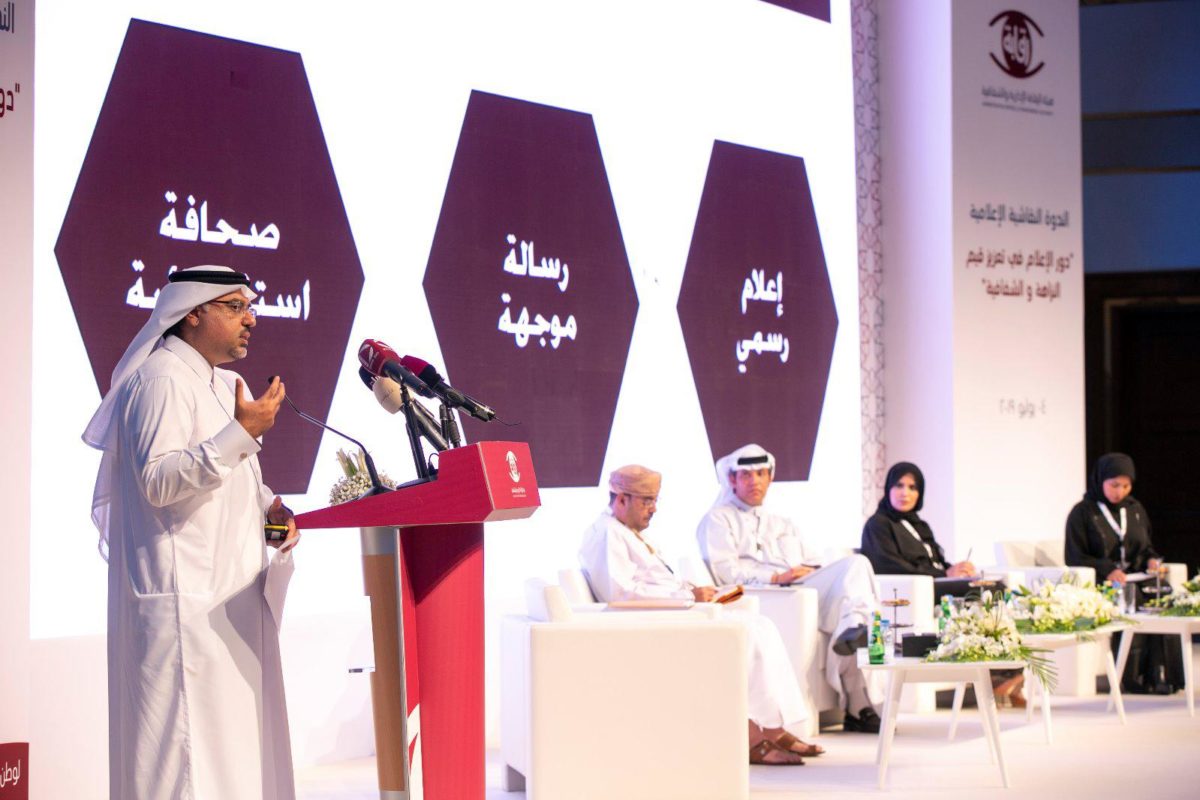 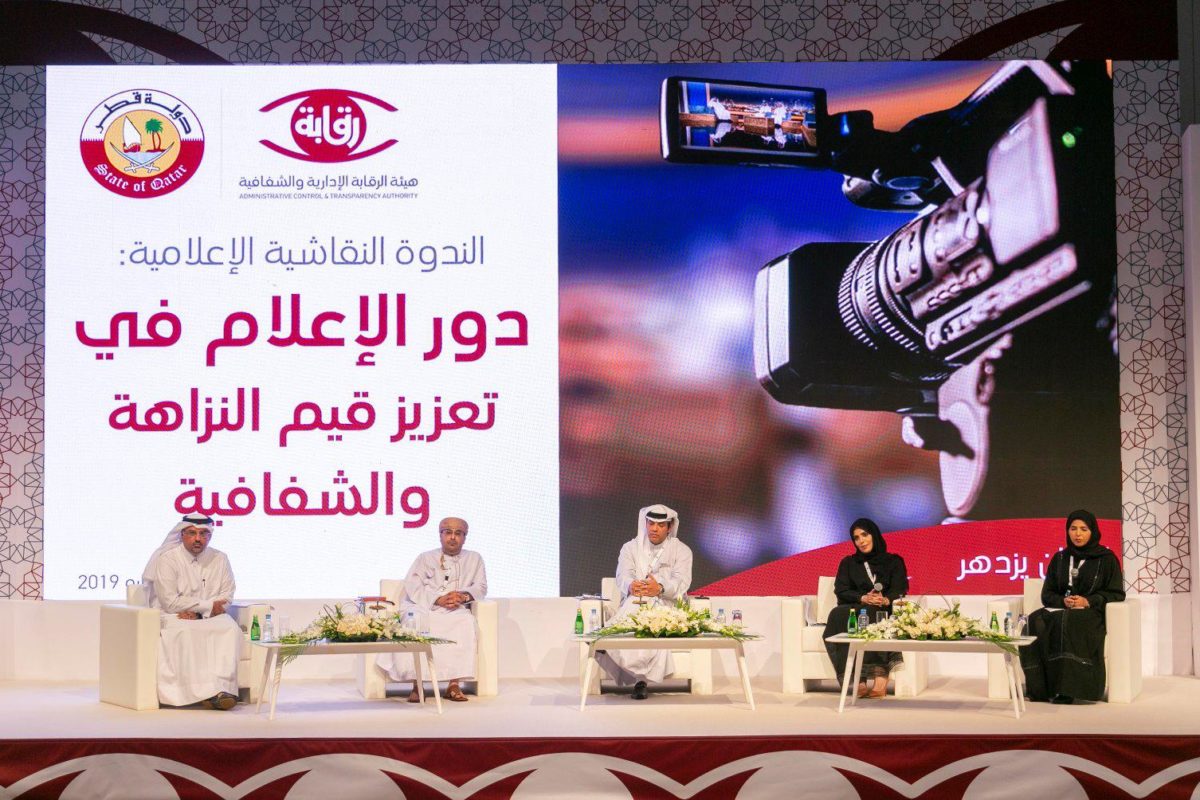 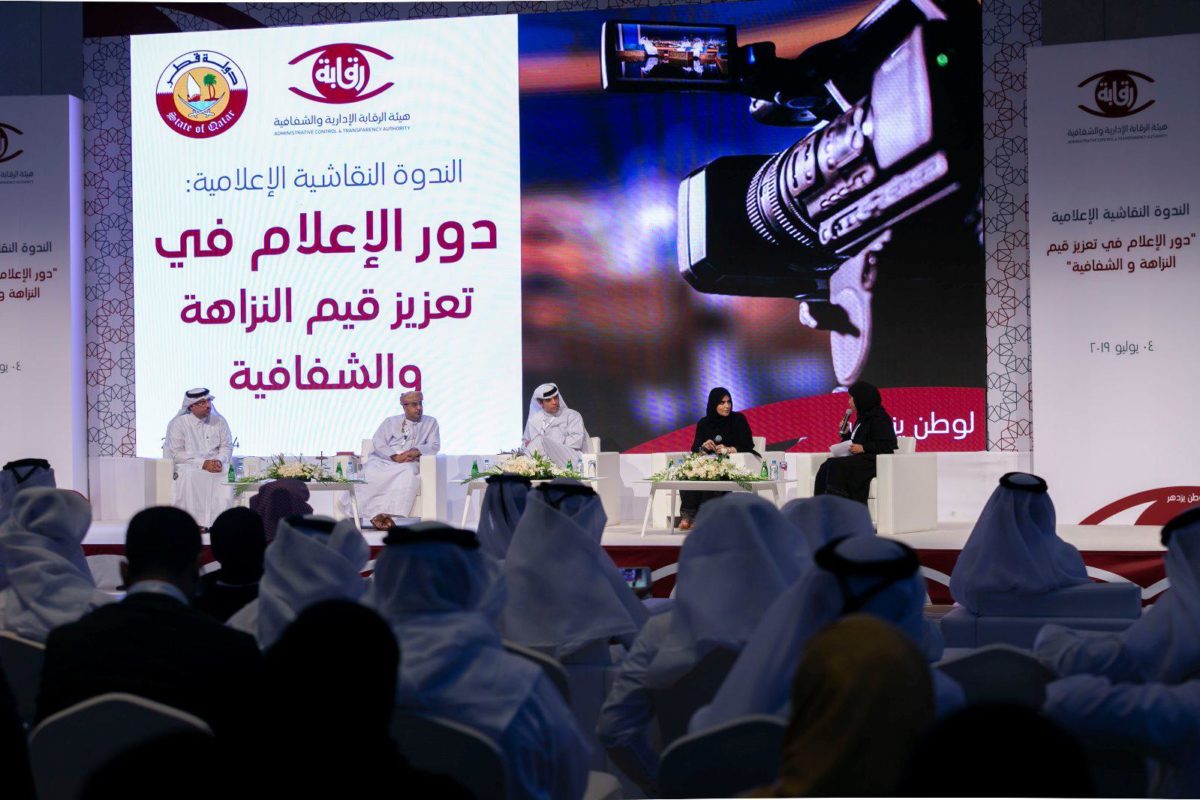 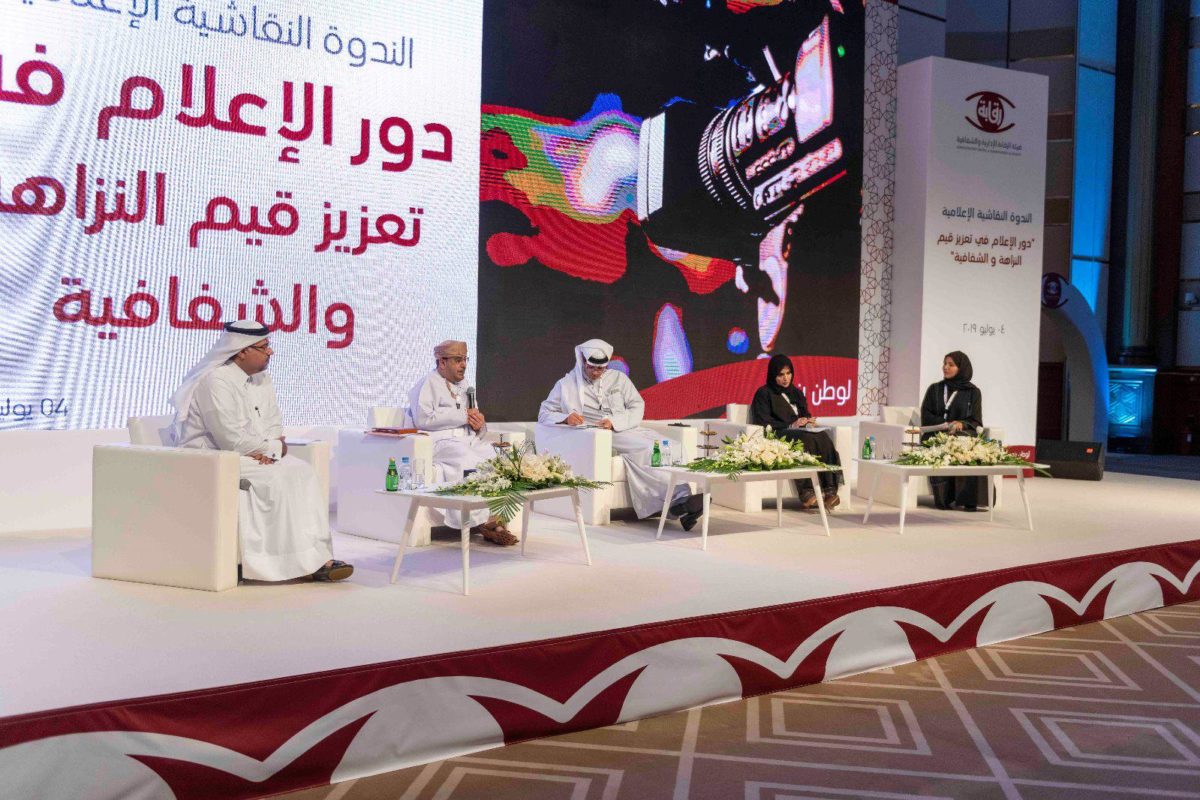 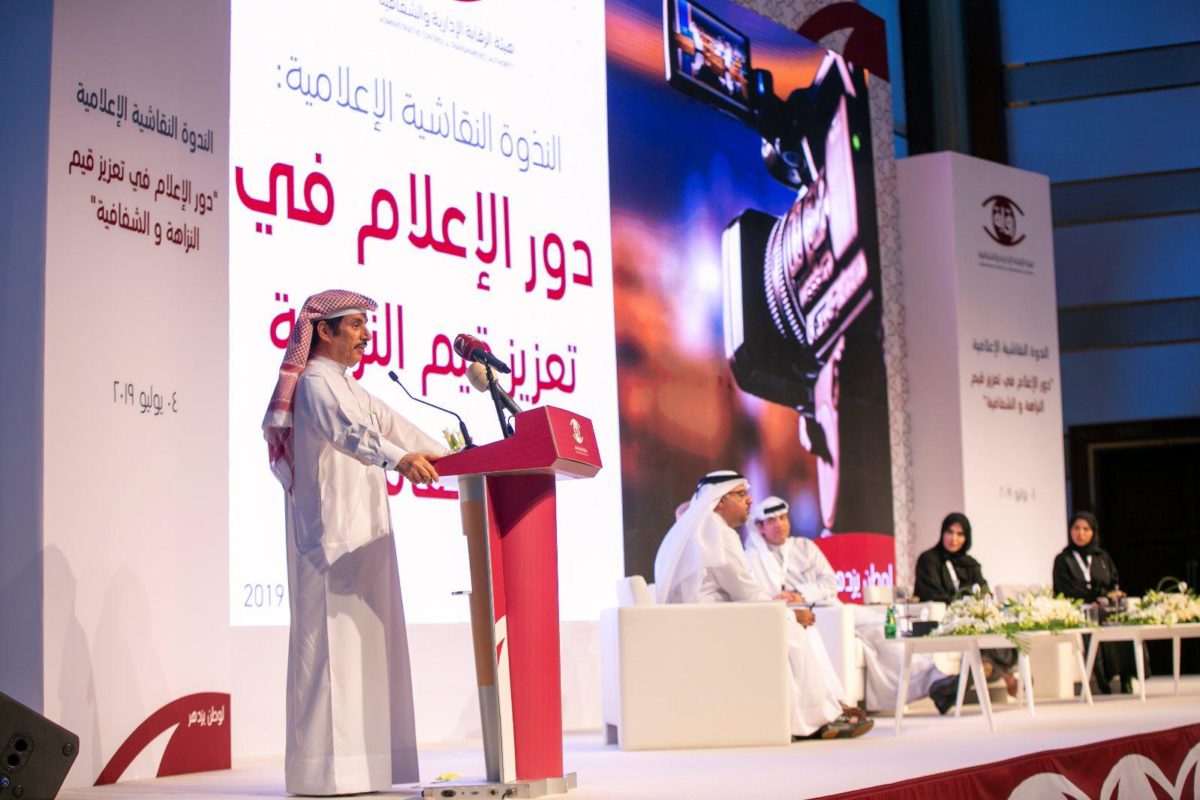 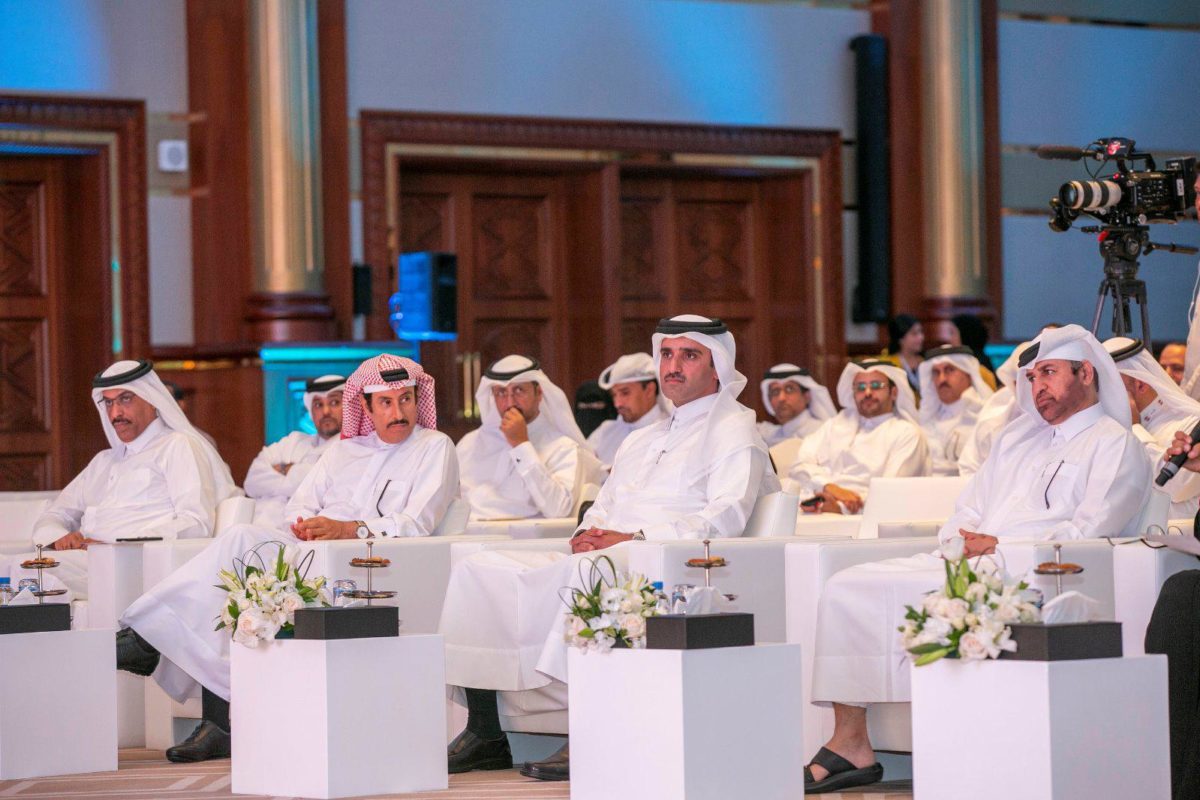 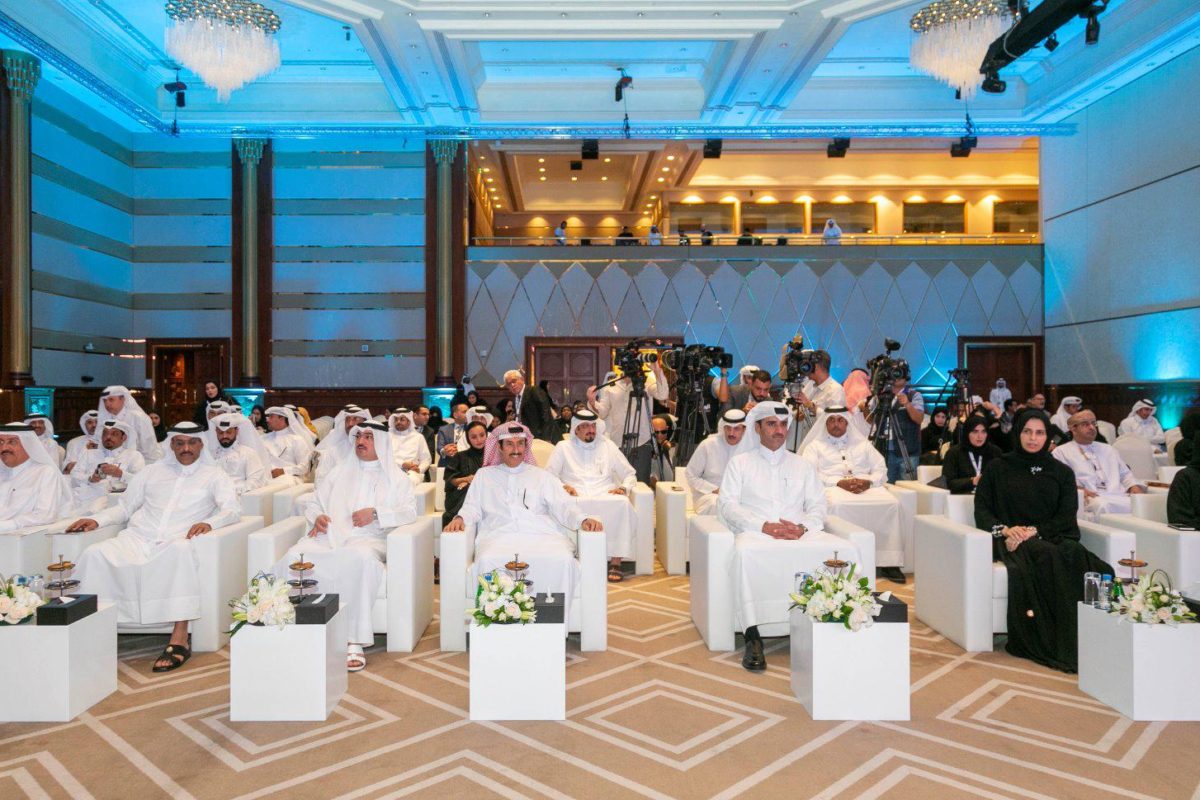 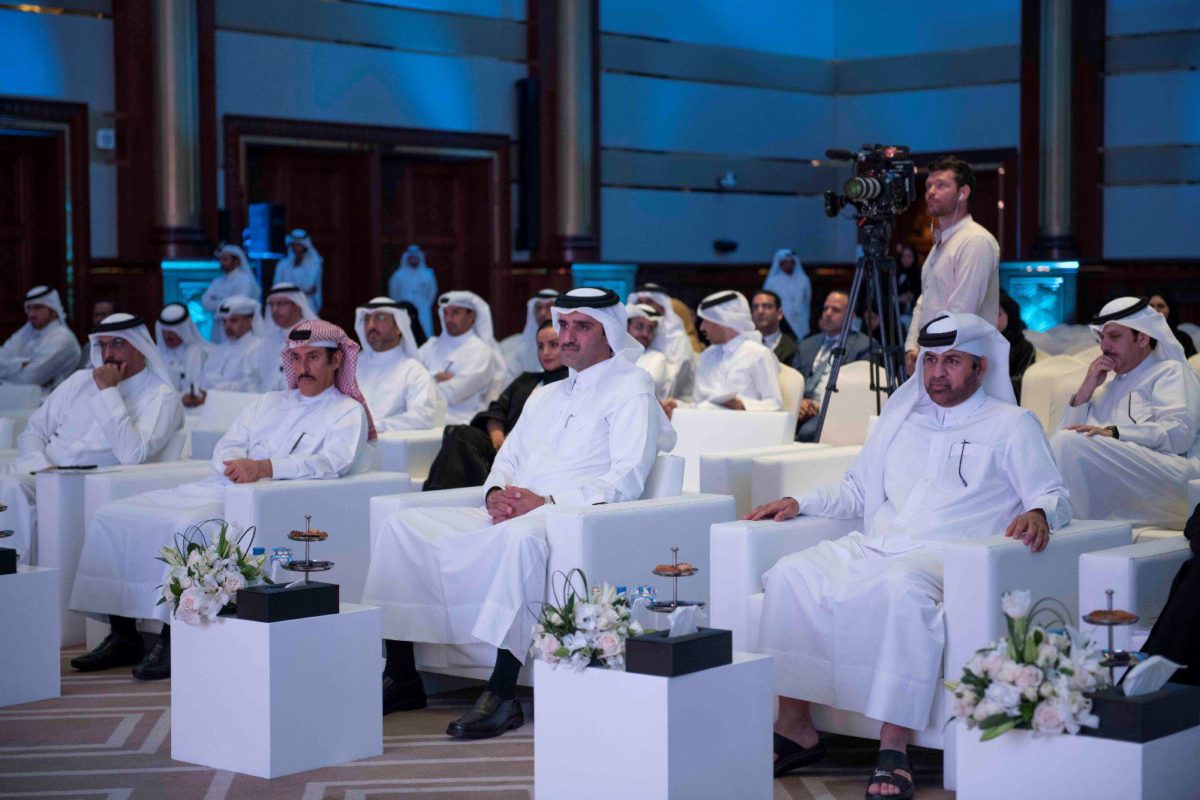 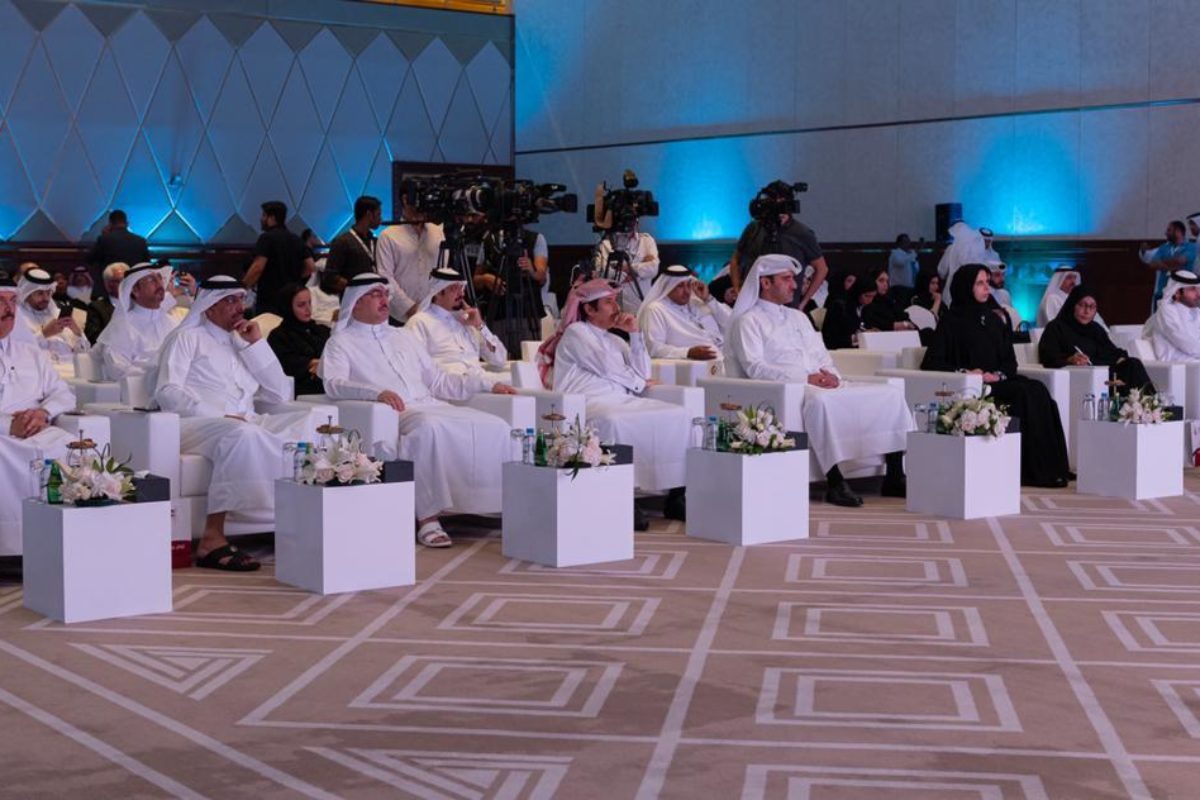 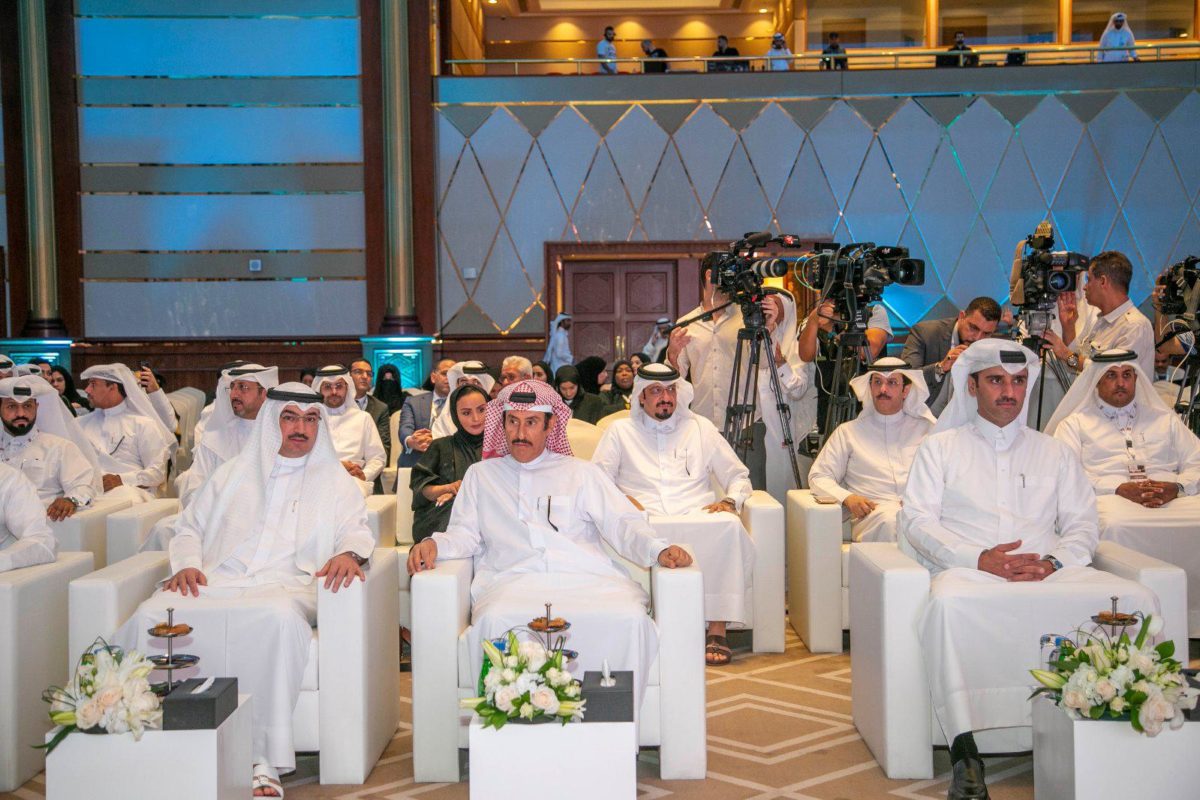 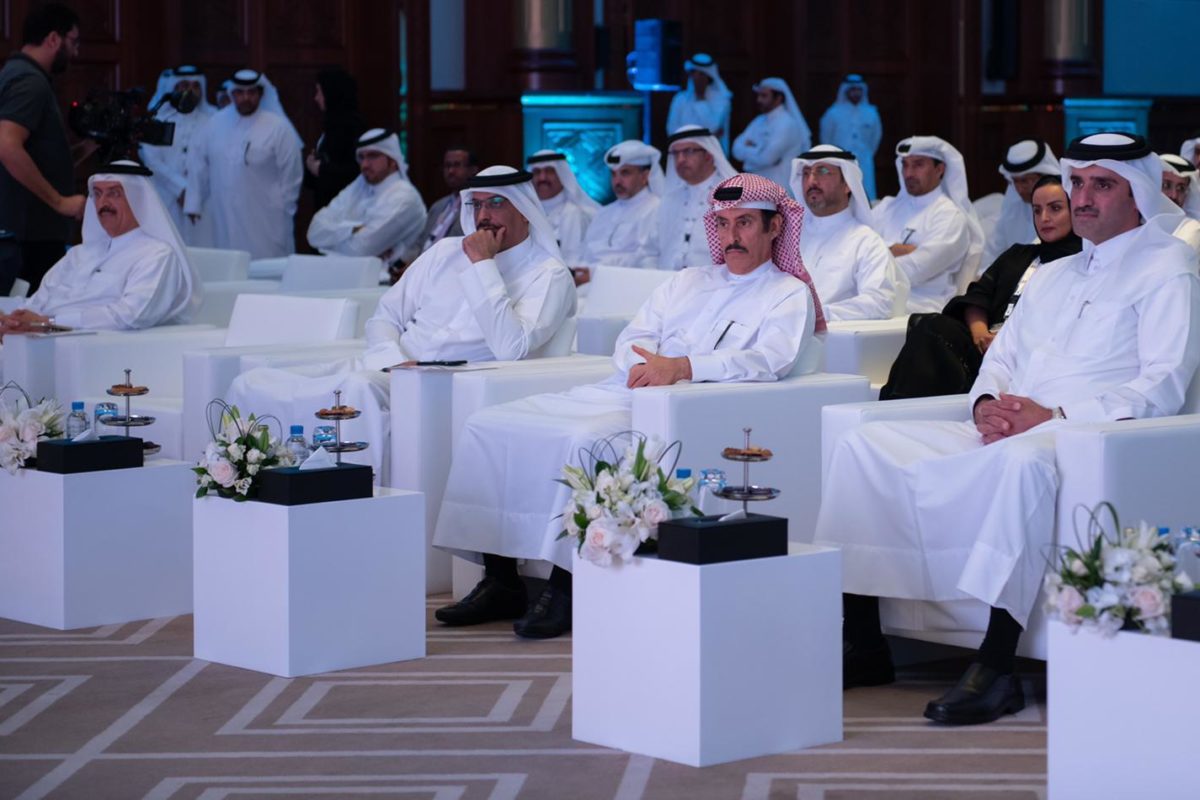 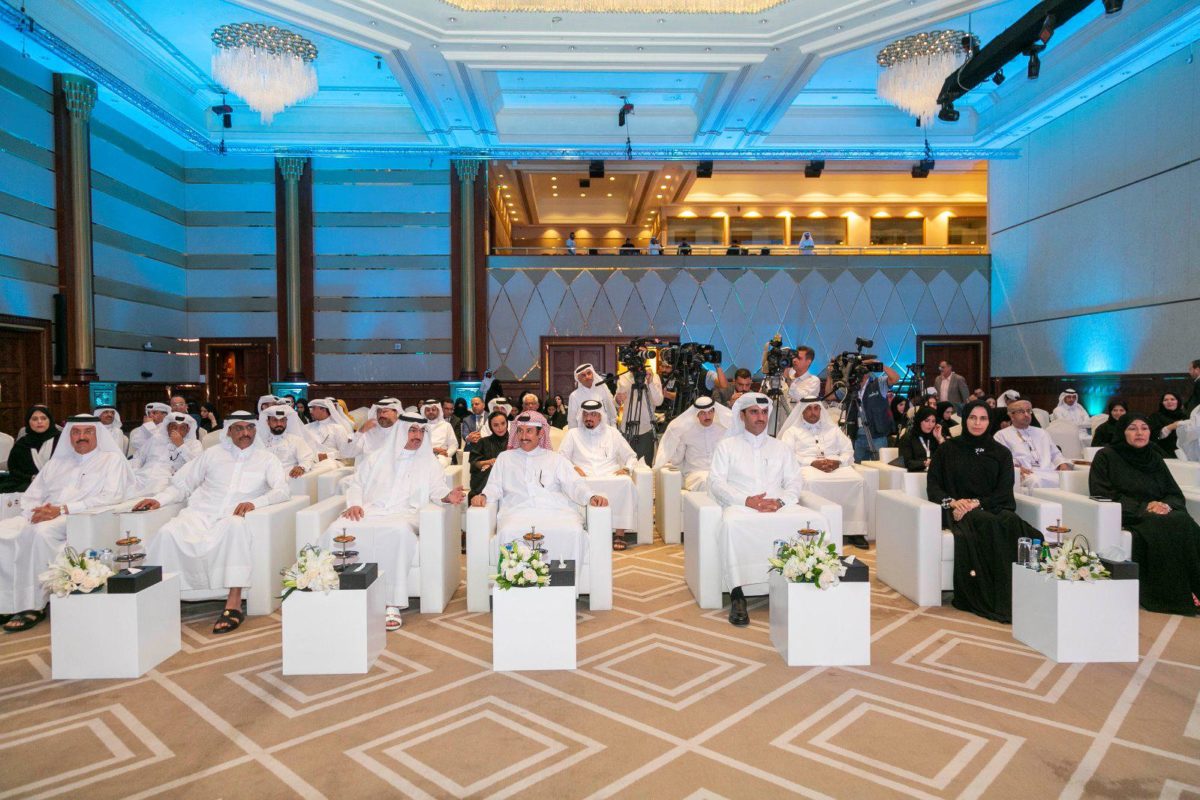 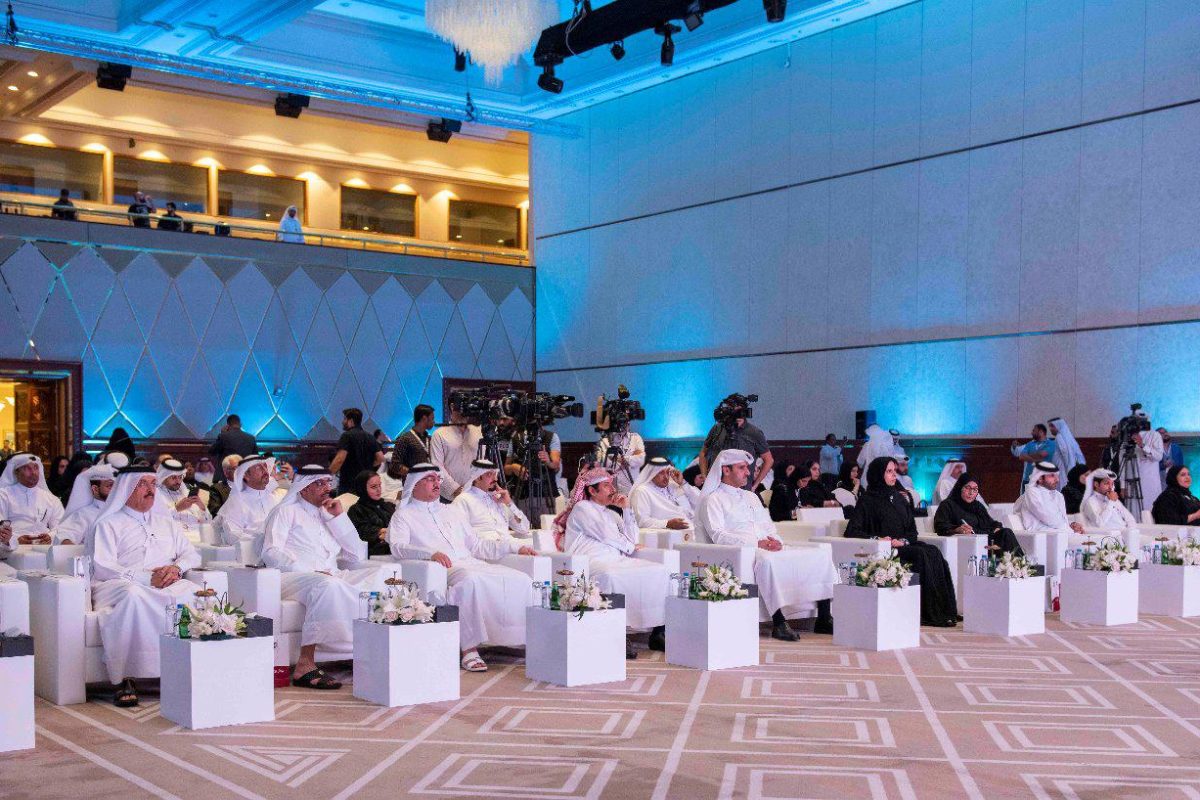 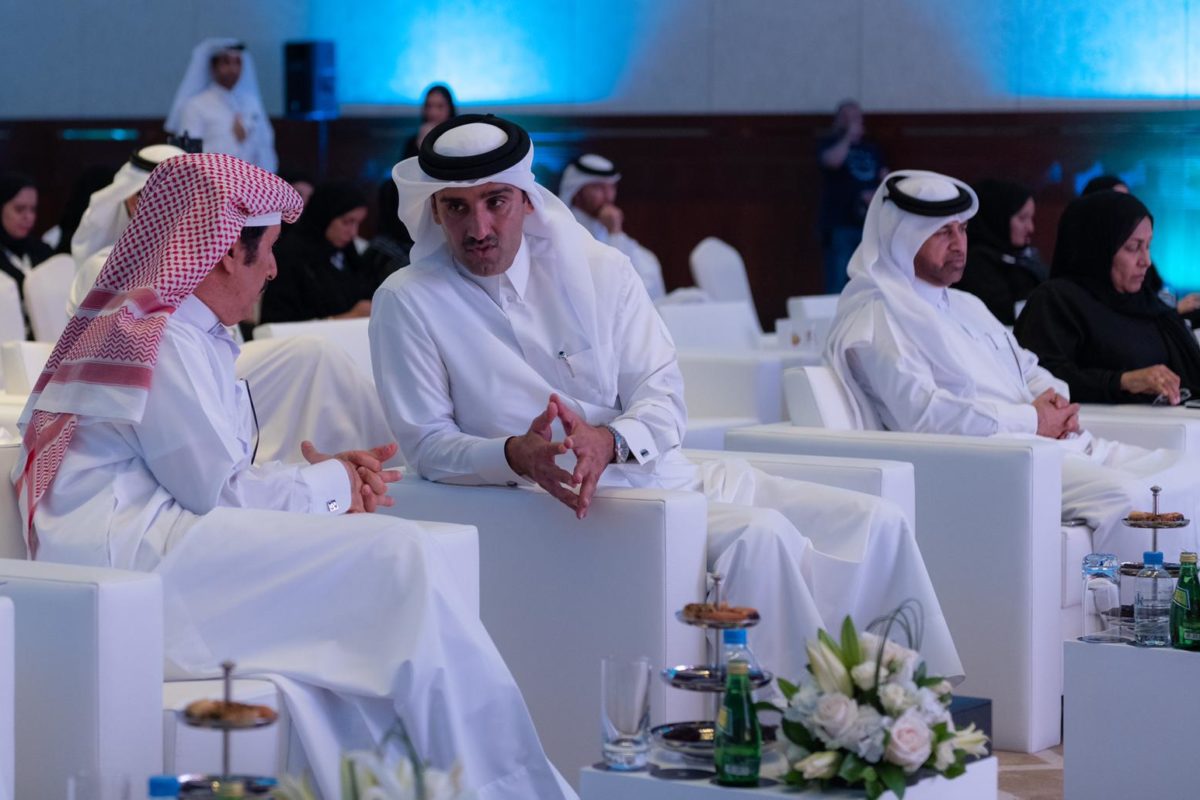 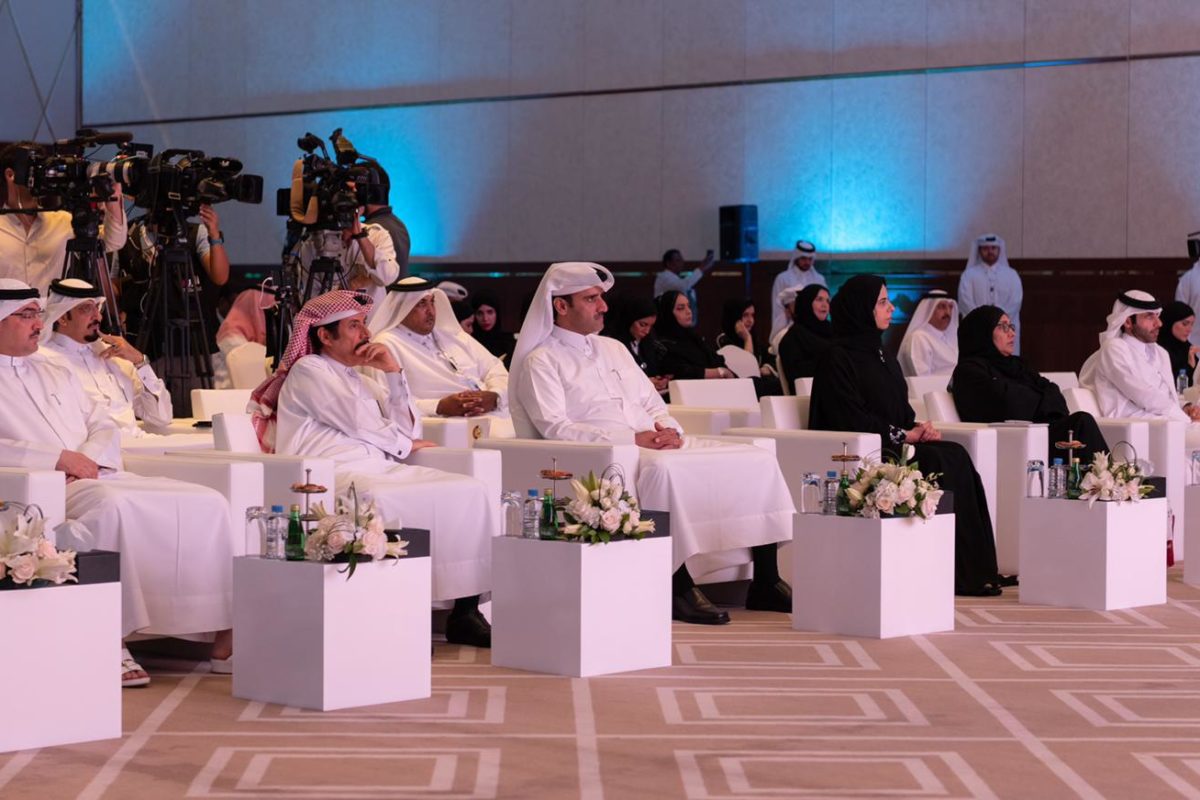 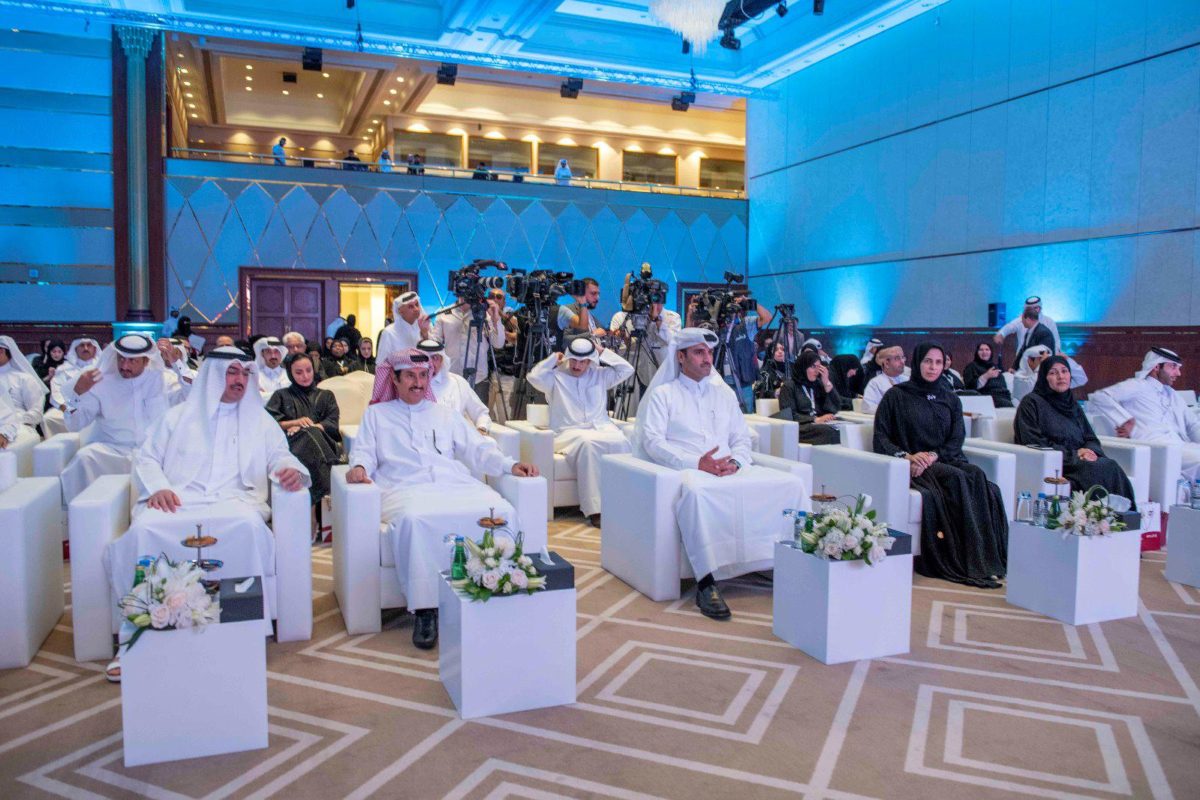 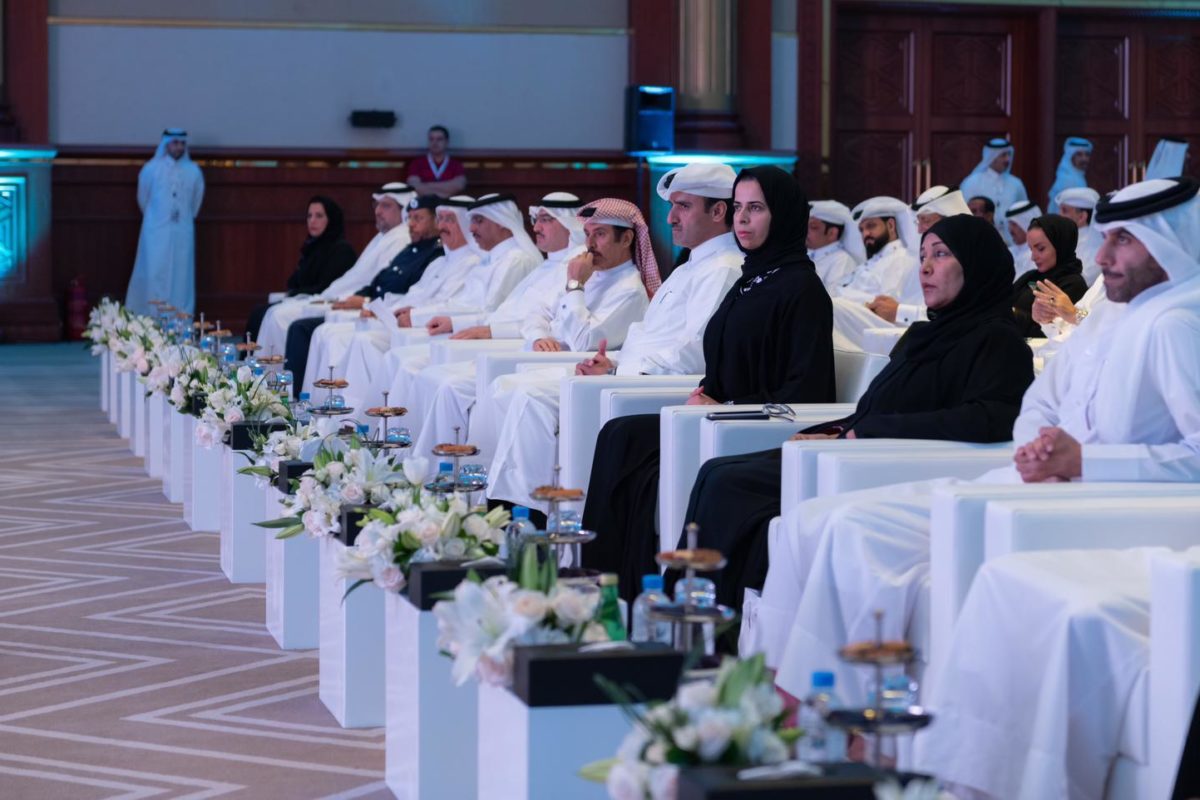 Doha, July 06 (QNA) – A seminar was organized by the Administrative Control and Transparency Authority (Control), which highlighted the role of the media in promoting the values of integrity, transparency and anti-corruption along with highlighting some experiences in this field.

This seminar comes within the framework of the Authority’s efforts to strengthen the partnership with various entities in the country and to increase community awareness of the values of integrity, transparency, accountability, preventing and combating corruption.

The seminar, which included speakers from Qatar, Oman and Kuwait, covered four themes, which are: “The role of the media in supporting the vision, mission and objectives of the Administrative Control and Transparency Authority aimed at promoting the values of integrity, transparency, preventing and combating corruption” and “Direct public opinion with integrity and transparency to unify anti-corruption efforts” and “The experience of the State Audit Institution in the Sultanate of Oman in promoting integrity and transparency” and “The importance of directing media, especially modern media (Social Media), to raise awareness about the dangers of corruption, its forms and ways of combating it”.

Also, HE Hamad bin Nasser Al Missned, President of the Administrative Control and Transparency Authority, stated to reporters that organizing this seminar comes within the framework of the new initiative of the Authority, to promote the partnership between the state agencies and activate the role of the media, in order to reach a clear concept of this partnership through which we can enhance success in this field.

HE also stressed that the political leadership was able to put the State of Qatar in advanced positions on international indicators to combat corruption and promote integrity and transparency, “and all efforts must be combined to maintain that leadership”.

Furthermore, Mr. Hassan Al Dosari, Head of the Technical Office of the Authority, said that this seminar is the beginning of an important partnership with the media to support national efforts to promote integrity, transparency, preventing and combating corruption.  He expressed the Authority’s welcome to any proposals that enhance its role in society. “For our doors are open to all”.

He also stressed that the distinguished position of the State of Qatar imposes on everyone the responsibility to maintain and strengthen this leadership, for the country to be at the top of the world in transparency, integrity and anti-corruption.

He added that although corruption is a scourge that no society is free from, however, the wise policy of the State of Qatar and the values of the Qatari society have made Qatar one of the most transparent and fair countries in the world, as evidenced by all the relevant international indicators, especially the Global Corruption Perceptions Index, which places the State of Qatar at the top position regionally and internationally.

Mr. Al-Dossari stressed the need for combined efforts to promote integrity, transparency and anti-corruption. “The task of fighting corruption cannot be carried out by any single party, but rather requires all national efforts. Therefore, the Authority is keen to cooperate with all concerned entities in the State and the various components of Qatari society”.

Moreover, he referred to the role of the media in society, their ability to influence and create values ​​and patterns of behavior, and even to mobilize public opinion on important issues, as well as their role and importance as a source of information.

During the seminar, Ms. Amal Al-Kuwari, Director of the Control and Development Department of the Administrative Control and Transparency Authority, presented a brief presentation on the role of the Authority in combating corruption, promoting integrity, transparency and preventing corruption, its working mechanisms and its current and future projects within the framework of its competences established by law.

Ms. Al-Kuwari also addressed the role of the media in promoting integrity and transparency by disseminating the most important values ​​and ethics that should be exercised by a fair society, as well as directing the society to deal with the manifestations of corruption through reporting them and highlighting their negative effects.

In his turn, Dr. Mohammed Abdul Rahman Buzabar, Assistant Secretary General for Corruption Detection and Investigation at the Kuwait Anti-Corruption Authority, presented his country’s experience in promoting integrity and transparency, focusing on the role of the various media, including the new media in this field.

He stressed that developing awareness of the dangers of corruption and instilling the values of integrity and transparency is the best way to curb this serious scourge. “It is important to create religious and moral concerns and to promote good values to end the scourge of corruption, and besieged it, instead of focusing on punishments only”, he said.

For his part, the first observer Mansour bin Hamoud Al Harthy, Director of the Tax Control Department of the State Audit Institution in Oman, presented a working paper on the experience of the Institution in the media in promoting integrity, transparency and anti-corruption in cooperation with the media institutions in the Sultanate.

The Qatari journalist Abdul Aziz Al-Ishaq addressed the role of media in raising awareness about the dangers of corruption, focusing on the role of the new media in this field, and reviewed some experiences from the local community.

The seminar witnessed a number of interventions by officials, experts and the media. It also focused on the role of regulatory authorities in tackling corruption, the responsibility of the media in this context, and the most effective ways to strengthen the partnership between the administrative control and transparency authority and the media to confront corruption and promote values of integrity and transparency.